A decade ago, the digital skills gap between me and the rest of the world was incredibly huge.

When I suddenly realized this, I was sitting in Starbucks with my laptop, reworking the same sentences over and over again. Then my phone rang. It was my beloved editor with bad news. She had been laid off.

It was instantly clear to me: The publishing industry was collapsing. It seemed that no one even cared about reading anymore. Until that moment, I was an author of books for young readers. But how long would that last?

I glanced at the millennials dotting the Starbucks landscape. Half of them stared at their phones. The rest seemed to be holding virtual meetings on their laptops. How could they even do that? I had no idea.

For the next several weeks, I searched job bulletins and grew glum. Every job, no matter what the field, required some sort of digital skills. Soon digital anxiety set in.

I desperately wanted to trade in my word processor for a world processor.

A common digital skills gap question: Is it too late for me?

I began to suffer from a horrible case of Pain in the Tech, as I wondered, “Is it too late for me to bridge the digital skills gap?”

The answer arrived in a series of fortunate events that started with a newspaper article that my mother, who lived across the country, sent to me in the mail. 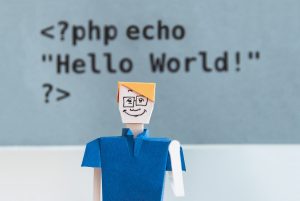 A series of fortunate events

What happened next? Well, I attended a coding bootcamp that I never finished due to the invaluable career tip from the 19-year-old instructor. I mentioned to him that I had been a middle school teacher, and he told me to go to a “Meetup” for women in educational technology.

At the Meetup, I got connected with my first edtech (educational technology) job, which led to a job in the marketing department of a fintech (financial technology) company. I worked there for three years.

Let me assure you that, since I worked in the tech sector, I sat next to plenty of millennials. I learned a ton about the dating app Bumble, the social media app Instagram, and the dollar value of a good selfie. 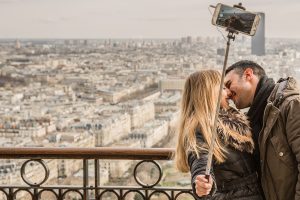 As the founder of Nike Phil Knight writes in his memoir Shoe Dog:

“Like it or not, life is a game. Whoever denies that truth, whoever simply refuses to play, gets left on the sidelines.”

Working in tech, I never felt fully confident in my digital skills. But at least I got in the game.

And I don’t know about you, but I’d rather be in the game, however unsure of myself, than sitting on the sidelines alone.

That said, here are some strategies to help you feel good enough to start playing.

Bridge the digital skills gap with these 5 strategies

If you’re 40 or older, here are 5 ways to build your digital skills. It begins with your knowledge of the landscape, continues with your attitude, and ends with the actions that you’ll take: 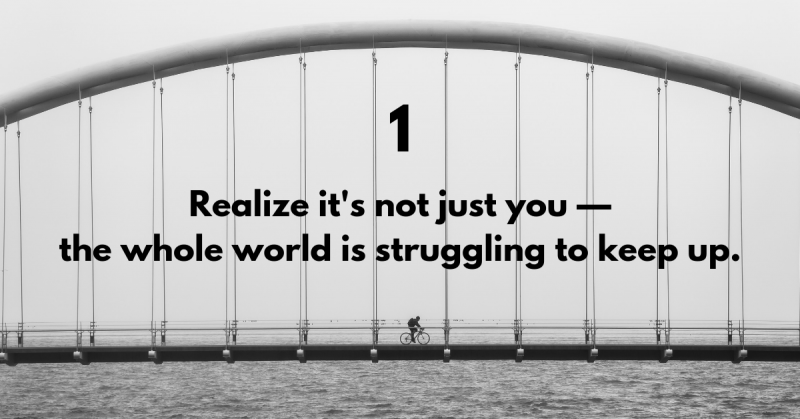 1. It’s not just you—the whole world is struggling to keep up.

It’s not just you—people everywhere feel left behind. People of every age. Of every nationality. In every sector of the economy. Here’s proof:

LinkedIn and Capgemini surveyed 1,250 workers of all ages across all job sectors. Twenty-nine percent worried that their jobs would soon become redundant.

A different report found that business leaders across all industries across many countries can’t recruit enough people with the necessary digital skills to fill all the jobs. 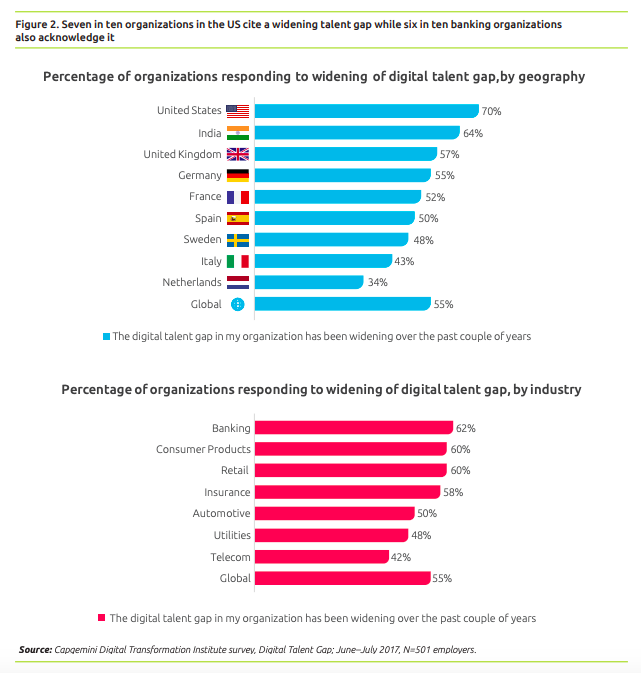 Entire governments are concerned about the digital skills gap of their workers. Consultancy.uk reported:

“If G20 countries fail to adapt to meet the needs of the new technological era, they could be in line to miss out on as much as $1.5 trillion in GDP growth over the next 10 years.”

If you were born the old-fashioned way – attached to your mother by an umbilical cord rather than by an iPhone cord – it’s true that your digital skills may be more lacking compared to the digital natives in your midst. And the older you are, the more likely you worry about this.

A Dice Diversity and Inclusion Report surveyed workers in the tech sector. Not surprisingly, it found that as people get older, they are increasingly concerned about age being a barrier to getting a new job.

So now that we’ve established that this isn’t really your personal problem, you should realize that you don’t need to solve it all alone either. 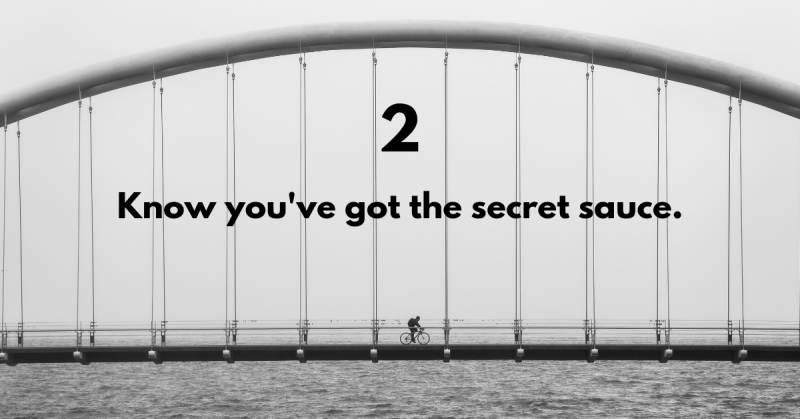 2. If you’re in Gen X or a Baby Boomer, know you’ve got the secret sauce.

You may feel that your knowledge of analytics, tools and technology is woefully lacking. And it may be. But guess what? When it comes to the digital skills gap, fifty-nine percent of industry leaders and recruiters across all sectors say that “soft digital skills” such as customer-centricity and passion for learning are more important than “hard digital skills” like knowledge of cloud computing or cybersecurity.

Working with millennials can be rewarding and challenging at once. Millennials are quite confident in their soft skills such as oral communication, critical thinking and collaboration. Yet a survey of employers found the millennials soft skills definitely lacking. It was eCampus that compared the two studies to reveal the huge gap in perception between the two.

While you can definitely begin to sharpen your digital skills today, building soft skills is a much more time-intensive and less certain proposition. After all, how do you learn to be confident, empathetic, and inclusive if not through life experience and time?

This is why you, my friend, bring the secret sauce to the equation. Remember this when the digital skills gap starts to get you down. 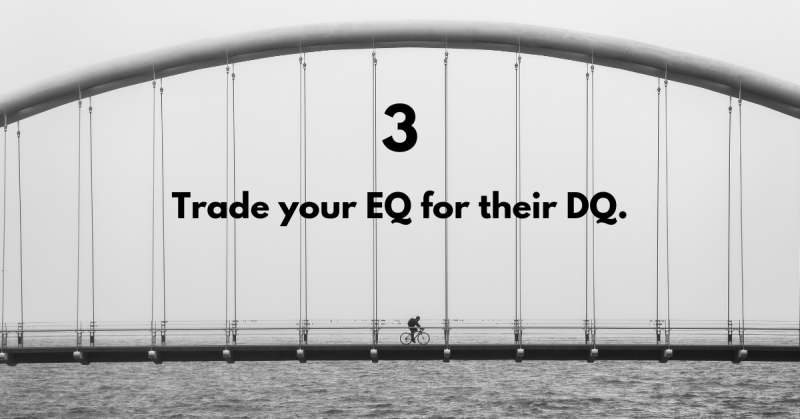 In his captivating TED Talk, Conley describes how he was brought into a tech startup – Airbnb – to mentor the CEO. But at one of his first meetings he was humiliated when a question asked by a millennial executive revealed Conley’s lack of digital skills. He says:

“I decided at that moment that I could either run for the hills or cast judgment on these young geniuses. Or, instead, turn the judgment into curiosity and see if I could match my wise eyes with their fresh eyes. I quickly learned I had as much to offer them as they did to me.”

Whether you work in an office or for yourself, find a millennial who is interested in mutual mentorship. Make the relationship explicit. You’ll both be better off. 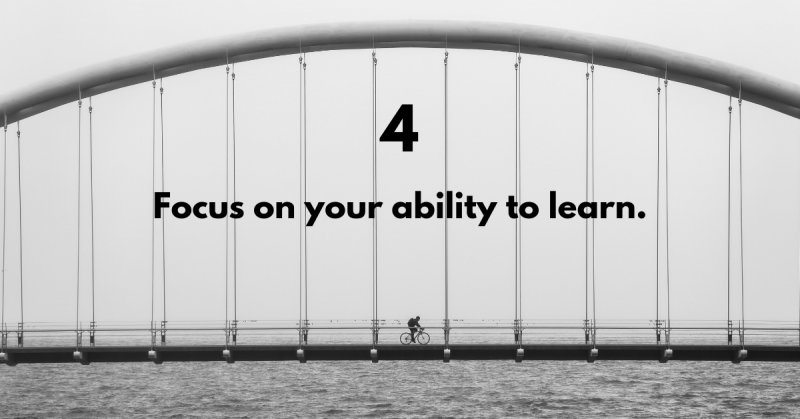 4. Focus on your ability to learn.

It’s time to dig deep and focus on your ability to learn.

Have you heard of the singularity? As famed futurist and inventor Ray Kurzweil defined it in his book The Singularity is Near, a singularity is:

“… a future period during which the pace of technological change will be so rapid, its impact so deep, that human life will be irreversibly transformed. Although neither utopian nor dystopian, this epoch will transform the concepts that we rely on to give meaning to our lives, from our business models to the cycle of human life, including death itself.”

Kurzweil published that book in 2005. Now, a good fifteen years later, I know Kurzweil is right. The singularity is near! I feel it in my bones, don’t you?

As we’ve already established, technology is advancing at rocket speed. 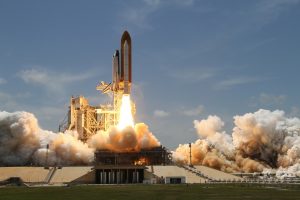 Nobody can keep up anymore.

But those who do best have an internal locus of control, meaning that you attribute your successes to your efforts and skills rather than to outside factors. You believe that you are in control of your own life.

One way to feel in control of the digital skills gap is to focus on your ability to learn. That’s something you know how to do, right? And you can learn something to further your digital skills every day.

For a final tip, let’s take a look at just how you’re going to fight Pain in the Tech once and for all. 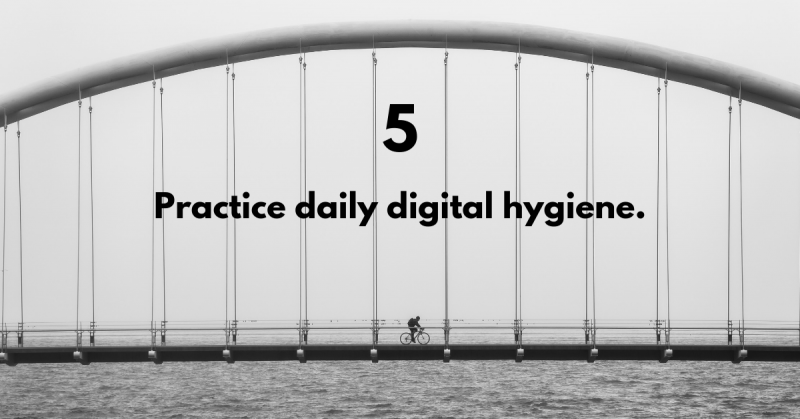 My last suggestion for building your digital skills and feeling better about your career and your everyday life, is to develop a daily habit of brushing up on your digital skills. In fact, you brush your teeth every day to take care of your dental health, right? 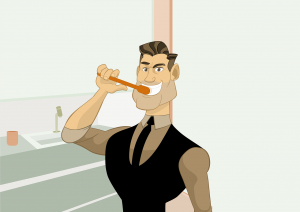 Fortunately, there are many great ways to learn digital skills. The key is not to get overwhelmed but to commit to take one baby step each day.

Here are some things you can do as part of your daily digital routine:

Take a step to solve a problem that’s driving you mad. Today, for example, I noticed that my iPhone is not properly importing my email messages. Instead of thinking, “It’s driving me crazy!” over and over, I took action and called Apple Support. Problem solved.

Spend 5 minutes a day on an online course

Sign up for an online class about anything that interests you that will bolster your skills. Do you know what a MOOC is? It’s a Massive Open Online Course. There are many free MOOCs on all kinds of digital skills. Find one that interests you. Look at the platforms Coursera and Udemy too.

Download the Meetup app or go to the website. Then search for Meetups in your area about anything tech related. The Meetup slogan is “The real world is waiting.” Even if you have to force yourself to go out there into the non-virtual world, you may be glad you did. When you go to the Meetup, you will listen to real live people discussing the topic and you are bound to learn something new. Who knows? You may come away with a new friend.

Do you hate social media? So what. Create a profile today. If you don’t know how to do it, just Google “How do I create an account on …” and insert whatever social media platform you might want to use, whether it’s Facebook, Instagram, or LinkedIn. (Then delete it at the end of the day if you want. At least you’ll feel great that you figured out how to do it.)

Narrow the digital skills gap and reap the rewards

No matter what your field and where you’re starting from, you can always learn something today that makes you stronger tomorrow.

Whatever it is, there’s nothing stopping you from spending two minutes, ten minutes, an hour taking one baby step in the right direction.

My friend Judy had worked in fundraising twenty years ago. Then she had kids and stayed home to raise them. This year, her daughter went off to college and Judy woke up to a brave new world.

She wanted to get back to work but didn’t even know what Google docs were, let alone how to use Excel or create a LinkedIn profile. Like me during my Starbucks epiphany, Judy was overwhelmed by how much she didn’t know.

Judy treated her Pain in the Tech like this: She signed up for an online class about the basics of Excel. She also consulted some more savvy friends about how to post her profile on LinkedIn.

In no time, Judy was back at work, though at a lower salary than she would have been had her digital skills been up to date. During her first six months on the job, she was trained in the latest fundraising tools. She had been paid to bridge the digital gap.

And now Judy is committed to the daily routine of doing some digital maintenance to keep her Pain in the Tech away — and, of course, she’s also hoping it will keep away the robots that are coming for her job.

At least for today.

Get the Newsletter
Recent Posts
Categories
Go to Top