Civil Rights: Is There More to the Story? 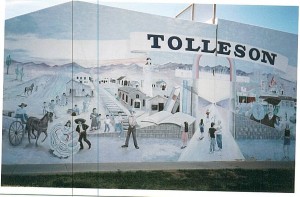 As an undergraduate I became interested in the civil rights movement and the NAACP school desegregation cases of the 1950s. I was interested in the use of social science in the federal courts and how anthropology and sociology were used to argue against segregation. For example, these sciences were being used to show that despite what many whites believed, there weren’t any differences in intellectual abilities among the different cultural communities of the nation. The researchers also showed that segregating black and whites created inferiority complexes among black children.

Well, okay, but what does that have to do with Mexican Americans?

As I was researching the NAACP cases, I found references in their files to a series of cases that involved not blacks but Mexicans and Mexican American students in the American West–California, New Mexico, Texas, and Arizona. These cases were from about 1944 to 1951. I found a similar use of social science in the courts in both sets of cases.

I didn’t understand why there was no historical analysis of these cases in the American West, because they seemed so similar to the NAACP cases, especially because the same NAACP attorneys who later argued the Brown case participated in them.

Two examples of pivotal school desegregation cases in the American West were Mendez v. Westminster and Delgado v. Bastrop.Did you know that Mendez v. Westminster was the first case in which a federal judge ruled that separate but equal was inherently unequal? So it didn’t make any sense to me that there was a division between cases in the West and the Deep South. It seemed to me that you could integrate these things.

Where did the photos of the mural come from? What is this mural? (The photos are posted at the top of this page. Click on each one to see a larger view.)

These are photos that I took. The mural depicts the history of white American immigration to Arizona on the right, the history of Mexican American immigration to Arizona on the left, with the meeting of school children from each of the two cultures depicted in the center of the mural. In the background of the center portion is a public school set in rays of the sun. This is the community’s way of celebrating the mixing of cultures that occurred as a result of the federal Gonzalez v. Sheely desegregation case argued in Arizona in 1951. The mural is located on the handball courts of the Tolleson Independent School District in Tolleson, Arizona. Tolleson was the district that was sued in the Gonzalez case.

It’s difficult to make easy comparisons about practices that were so deeply entrenched, but I do think that it’s important to pay attention to differences as well as similarities. From the moment blacks came on the continent, for example, they were slaves. By 1950, you’re talking about 350 years of American social practice that discriminated against blacks.

Discrimination against Mexicans can be traced to the early years of the American republic, too, but as a practice against an entire group of people, it reached its widest stretch when Mexicans first started coming into the country in large numbers, from 1915-1930. By this time in the twentieth century, America was already witnessing the emergence in the university and the court systems of strong anti-racism arguments. There was already an institutional push to get rid of racism.

As I said, however, one has to be careful when generalizing. Racism was as strong against Mexicans as it was against blacks in some communities of early twentieth century America, though it wasn’t ever as universal or as long as that structural racism against blacks.

What were some of the ways that Mexican Americans were discriminated against in the US in the early part of this century?

They weren’t allowed into the better-equipped white public schools. In some cases they didn’t have bathroom facilities and water fountains. The discrimination was the lack of equal facilities and resources for school success. If you have available to you better teachers or courses, then you have a better chance of going onto college.

Was there discrimination in restaurants and other public facilities?

It was never as universal as the discrimination against blacks in the Deep South. But there were scores of communities that had restrictions against mixing of Mexican-Americans and whites in the public parks, in zoos, public transportation, and in some cases restaurants and cafes. There are stories of high-ranking Mexican officials visiting Texas who couldn’t go into a café to get a cup of coffee. It seems the worst cases of discrimination against Mexican Americans occurred in Texas. These discriminatory laws were in city codes. They were very prevalent in the Texas border towns.

Who were the major leaders?

George Isidore Sanchez was a professor of education at the University of Texas in Austin. He helped to find the plaintiff in the Bastrop case that I mentioned above. This case was filed by a mom named Minerva Delgado. There was an administrative move to consolidate the schools in this rural county. In the process of consolidating, they ended up segregating the Mexican American kids.

Minerva Delgado said, “Wait just a minute. My kids grew up here, they were born in the US, they speak English, they’re loyal to this country and they have nothing to do with Mexico.” She couldn’t understand why they had to be separated. She won the case.

So is that what your research is all about? Showing what the two struggles had in common? Is it true that they really had so much in common?

Well, looking at it from the top levels looking down, there are similarities that deserve more research. Ultimately, the extent of a common struggle remains open and will remain so until more work is done by scholars. But judges in the federal courts were writing opinions and borrowing from each other. And within the major anti-segregation groups like the NAACP and the American Jewish Congress, there was some sense that what was happening in the West and the South were part of one large story. I’m trying to show that the fight against segregated schools is better understood as a national campaign that involved multiple sets of students, rather than as a single campaign that only involved blacks in the Deep South.

Teacher Resource: This web page contains an excellent video. In it, Sylvia Mendez talks about the conditions that existed for Mexican Americans which led to her parents’ participation in the landmark case Mendez v. Westminster.